Stand with the Jogbahn Clan: Tell EPO NO means NO! 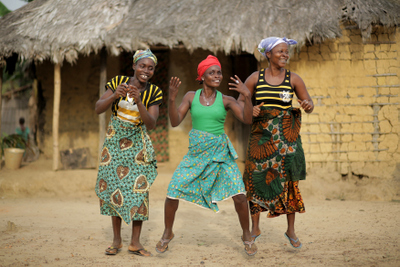 On March 5th the Jogbahn Clan, from Grand Bassa County in Liberia, celebrated a major step forward in the struggle to save their land from encroachment by British palm oil company Equatorial Palm Oil PLC (EPO). But, they are now in imminent danger unless we act now to help protect their land.

After months of negotiations and advocacy by community members in Liberia, backed by Friends of the Earth Liberia and international partners, the President of Liberia, Ellen Johnson Sirleaf, promised that the Jogbahn land – just over 20,000 hectares – should be recognised as the community’s land. She said no company should operate there without the community’s consent.

But the company is not listening.

Despite the Presidential statement, EPO is continuing to conduct studies of the Clan's land in preparation for clearance. Land clearance and other preparatory activities would be unlawful, as they do not respect communities’ right to give or withhold their Free Prior and Informed Consent, which is a requirement provided for under both national law and international law.

Silas Kpanan'Ayoung Siakor, campaigner for the Sustainable Development Institute/Friends of the Earth Liberia said: “Equatorial Palm Oil must listen to the Jogbahn Clan and accept that their 'no' means 'no'. The continuing determination of these communities is a cautionary tale for corporations who think they can ignore communities' rights and ownership of land".

Tell the company to listen the community and the government.

Add your voice to the PETITION to tell EPO and its major shareholders KLK that the world is watching. NO means NO!

Join the Jogbahn Clan in standing up to #landgrab by British #palmoil company #stopEPO. Watch our video + take ACTION  bit.ly/1myNa5n

Get more information on this story here

SDI calls on the Government of Liberia and Equatorial Palm Oil to immediately cease land survey in Grand Bassa, District no.4 - September 25th, 2013

Landgrabs in Liberia - Friends of the Earth International

African farms need help, but the G8’s plan is for landowners, not the poor - The Globe and Mail, July 9th, 2013

Landgrabbing in Liberia - Ejolt, May 2013