A New Era of Customary Property Rights? – Liberia’s Land and Forest Legislation in Light of the Indigenous Right to Self-Determination

Abstract: After the end of Liberia’s civil war in 2003, the country embarked upon the reform of its forest and land legislation. This culminated in the adoption of the 2009 Community Rights Law with Respect to Forest Lands and the 2018 Land Rights Act, which NGOs and donors have described as being amongst the most progressive laws in sub-Saharan Africa with regard to the recognition of customary land tenure. Given these actors commitment to human rights, this article takes the indigenous right to self-determination as a starting point for analysing customary property rights and their implementation in Liberia. This includes the examination of the Liberian concept of the 1) recognition and nature of customary land rights, 2) customary ownership of natural resources, 3) jurisdiction over customary land, 4) the prohibition of forcible removal, and 5) the right to free, prior and informed con‐ sent. * 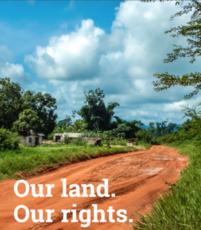