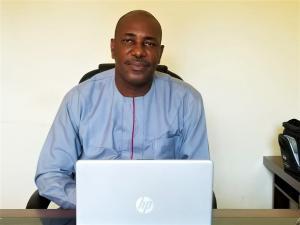 A report done by the Sustainable Development Institute (SDI) and its partner, the Netherland based Milieudefensie has found Oil palm giant Golden Veroleum Liberia (GVL) in gross violations of obligations and commitments from the Memoranda of Understanding (MoU) that were signed in 2014 with affected communities while it continues with massive deforestation in Liberia.

In a joint statement released in Monrovia recently and simultaneously in the Netherlands, the two organizations called on the Liberia Government to ensure agribusiness in Liberia halts deforestation and rights violations. “New analysis from community exercises indicate palm oil Company Golden Veroleum Liberia (GVL) structurally fails to comply with obligations and commitments from the Memoranda of Understanding (MoU) that were signed in 2014 with affected communities. The findings exemplify broken promises and lack of development during a decade of oil palm plantation development in Liberia.” The statement averred.

According to the statement, both SDI and Milieudefensie conducted community exercises earlier this year to assess GVL’s compliance with specific obligations and commitments on a healthy environment, jobs, education, health care, development funds and the possibility to start community farms. GVL is currently re-negotiating the MoUs with communities and the research aims to provide oversight to communities to stand stronger in these negotiations, and show to government authorities that enforcement actions are needed. The research indicates that half of the commitments are not met by GVL and another 20 percent only partially.

James Otto who is technical lead of SDI’s Community Rights and Corporate Governance Program (CRCGP): “GVL is treating Liberian communities like dirt and the worst thing is that they get away with it. Communities give away their customary land for plantation development because of all the promises made by GVL. Such as plenty jobs, a community development fund, health facilities, schools and a clean environment. But GVL instead takes the land at very low cost, exploits workers and communities and continues to deforest. The Government of Liberia is not doing anything about it, so communities don’t know anymore where to go for justice and redress.”

The statement as well quotes Danielle van Oijen from the Dutch NGO Milieudefensie as saying: “Financiers and governments that back up controversial palm oil companies like GAR and GVL should radically change their practices. Currently they are contributing to human rights abuses and deforestation in the palm oil sector. This has to stop. Benefits from natural resources should go to the people in Liberia, not to shareholders in faraway countries. The sector should be subject to stringent due diligence regulations and governments should start promoting community based agriculture and forest management instead.”

Speaking earlier, the Executive Director of the SDI, Wilfred Gray-Johnson lauded the efforts of Milieu defensie for fostering such partnership noting that the SDI stands prepare to exposing ills that undermines the peaceful coexistence of communities on one hand, and concessionaires on the other. According to him, the SDI will not ‘shut up’ in the wake of such violations that have the potential of breeding conflicts that could undercut the peace of the State.

GVL is controlled by Singapore stock listed Golden Agri-Resources (GAR). Both companies are members of the Roundtable on Sustainable Palm Oil (RSPO) and publicly pride themselves on their sustainability credentials. Yet, GVL’s operations in Liberia have been anything but sustainable. Since 2012, communities have raised numerous formal complaints and grievances alleging sustained environmental and human rights abuses. Unfortunately, GVL’s shortcomings in compliance with the MoU’s are consistent with its failure to follow recommendations from the RSPO complaints   panel decision in February 2018 and the findings on large scale deforestation from the High Carbon Stock Approach (HCSA) executive committee in January 2021.

In its response however, the GVL acknowledged the lapses outlined in the report and set constraints that are responsible for the broken promises as follows:

“GVL is very much committed to this. However, as spelt out in clause 15.3 of the Concession Agreement between the Government of Liberia and GVL, this program needs to be done together with the Government. The Government’s obligations include providing land and to obtain sources of funding for the program. Recognizing constraints faced by the Government, GVL has explored implementing the program with other partners since 2016 but has been unable to proceed. The Community Oil Palm / Outgrower program remains a priority issue for GVL and we continue to explore viable ways to implement it with the Government and other potential partners.”

For Community Development / Employment, GVL noted: “GVL’s recruitment policy is to consider qualified citizens first for every job vacancy. Our longer term vision and strategic intent is to groom Liberians and local citizens to eventually take on leadership and operational positions in the company. To that end, GVL now has 3 farms which are managed by Liberians and we have trained Liberian engineers and technicians to take on positions of responsibility in our mill in Tarjuowon. We believe we are on the right trajectory to increase the proportion of Liberian professionals and managers in the company.”

While on the Finalisation of MOUs with communities the company maintains: “GVL has been engaging with the three communities mentioned since early 2019 for finalization. With mediation by the National Bureau of Concessions (NBC), we submitted drafts of the company’s input to the communities for their inputs, recommending this be done with guidance of their own legal counsel. NBC would then have served as a referee to help us agree on a Permanent MOU, by September 2019. However, to date the communities have not responded with their feedback. We understand that there are supporting NGOs which were ready to provide funding for legal counsel, but this was possibly affected by the COVID-19 pandemic. GVL is keen for this process to continue.

We hope that the above examples illustrate that the scorecard may not convey the complete picture of what is the current situation with respect to MOU fulfilment. We believe a better way to improve outcomes for communities is for SDI to engage constructively with GVL with the information which they have gathered from their meetings so that we are able to better understand the gaps and work towards closing them.” The response concluded.

While the notification was been served to the GVL for verification, SDI and Milieudefensie disclosed that the Company had begun payments to some communities in an effort to nullify the research done. “SDI and Milieudefensie also received information that GVL claims it paid land rental fees to the three communities in our research by the end of July, just after GVL received our draft publication. SDI and Milieudefensie want to note that this research is part of sustained grassroots support to the three communities since 2017 and legal support since 2019. While GVL implies in its response that the scorecard is the result of just a few meetings. Community group exercises do not deliver good results if the latter would be the case. We therefore find it important to note that this is not a one off exercise. We also note that though frantic efforts have been made by communities requesting GVL to conduct a complete survey of already existing plantations estates to determine the number of hectares that have been cleared, those calls have not been heeded by the company”

In Liberia, over 765 thousand hectares of land sits in the landbank or concession area of four large industrial palmoil plantation companies. Oftentimes with foreign ownership or investments to expand the plantation area and build the mills. This is almost seven percent of Liberia’s land surface for industrial oil palm plantations alone. Industrial palm oil companies have MoUs with communities that lay down the benefits to communities in return for access to their land for plantation development. Much of this land is still forested with the last remaining patches of the highly valuable and threatened Upper Guinean forest and is at risk of clearance.

SDI and Milieudefensie in a release called upon the Government of Liberia to ensure that royalties are paid to affected communities and to promote an agriculture sector that puts communities at the centre of agriculture development, respects rights, improves community livelihoods, and ensure food sovereignty through agro-ecology and community-based forest management.

Golden Veroleum is a 65 year concession agreement with the Government of Liberia signed on September 1, 2010 to produce palm oil and palm oil products in the concession area which is equal to approximately 350, 000 hectares of Land. The concession is located in the counties of Maryland, Sinoe, River Gee, and Rivercess.

According to James Otto, the SDI will subsequently notify the seated lawmakers of the Counties affected by the GVL concession so that national actions can be set into motion to hold these companies responsible and accountable for what they put into their agreements.

The research was conducted in Sinoe County using three communities-Numopoh, Tartweh-Drapoh, and Nitrian communities which provided GVL with access to their customary lands for the development of palm oil plantations as case studies.